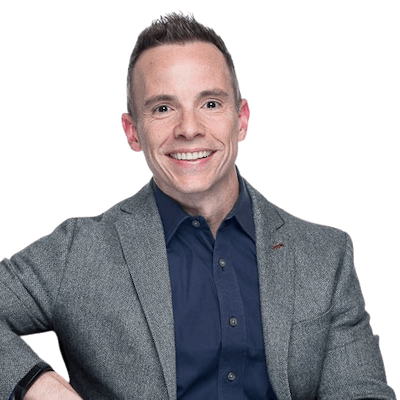 AN INTRODUCTION TO MICHAEL

Michael is a veteran Chief People Officer who’s formerly led the people teams at Mozilla, Google EMEA, Quaker Foods, and Pinterest. Today, he lectures at Cornell University and serves as an executive coach to leaders - half of whom are Chief People Officers.

Our conversation touches on the importance of a beginner’s mind, how to diversify your career and the dangers of the fundamental attribution error.

What advice would you give someone who’s recently become Chief People Officer for the first time?

Look into your peer network to see who’s been in the role before. Ask them about their transition to the role,  and how they became successful.

You probably already have one or two people that immediately come to mind. Always start with the folks you’ve really appreciated and already learned from, and then ask them who else you should contact to learn more. Keep doing that with everyone you connect with who seems to know what they’re doing and eventually, you’ll establish a strong network of potential mentors. Joining networks like Twine are also great, where you have a built-in ability to meet colleagues and learn about issues that they might be currently facing.

If you think about the mentors who’ve been most influential in your life, how did you come upon those people?

They were my managers - so my advice is to choose your managers really carefully. Your manager will ultimately have a huge role in your success and your development. Do your homework before you take the job. Reach out to people who’ve worked for the individual who’d be open to talk about it.

Get mentors outside your discipline too. Keep a rigorous plan for staying connected after your first conversation with a potential mentor. Most leaders who are good will often be willing to do that.

What is the best investment you’ve ever made in your life? Why? (time, money, etc.)

That ability to disrupt yourself, to have a beginner’s mind, and repeatedly start over while proving you can be successful in many different contexts... it stretches your limits and expands your perspective.

You start to see problems from a lot of different angles and you’ll notice consistencies between similar business problems in different industries. You’ll also accumulate a broad portfolio of tools to solve these exact issues because you’ve taken the time to see how retail vs. heavy manufacturing vs. tech businesses do it.

When I speak to people early in their career, I tell them to try as many functions within the people’s sphere as they can. Pursue multiple specialist roles and make an effort to learn about businesses in different industries, because that knowledge becomes extremely valuable when you get to the Chief People Officer level.

That ability to disrupt yourself, to have a beginner’s mind, and repeatedly start over while proving you can be successful in many different contexts... it stretches your limits, expands your perspective, and makes you a better leader.

Can you speak to how this lesson (broadening your horizons and continuously disrupting yourself) applied to your own life & career?

My time at Merck is the first. It was my first job out of grad school and I ended up working there for 8 years. I cut my teeth there. I worked super hard and met my best  boss ever, who is still my mentor 20 years later.

I saw every function there, and got more responsibility than I deserved. They would put me into situations that I had no business being in and it stretched me incredibly. That fact that they believed in me so much was one of the single greatest accelerants to my career.

The second example was Pepsi, where I got my first CPO job. I had full responsibility for Quaker foods and it was a $3 billion P&L. I really was responsible for the business. That was my first taste of being a business person who happens to do HR (rather than the other way around), which was a seminal shift for me as well.

The third, I would say, combines global experiences I had at both Merck and Google. When I was with Merck, I was actually supporting the Asia Pacific region. I was the compensation lead for the entire region so I started thinking from an international business perspective very early on. That carried through to my career at Google, where I ran EMEA while I was based in Zurich. Being able to clearly see both sides when HQ is saying one thing - and everyone on the ground in an international office is saying something else - is really important. You’re forced to learn something about understanding and reconciling different cultures.

Yes, it’s definitely easier to do this type of career “exploration” and discovery earlier in your career.  But it’s never too late. You can take that bet on yourself later on in your career. You just have to have the faith you may need to go down a step to get that exposure and learning. It’s often well worth it.

If you’ve been in tech your whole career, but you’ve always wanted to do retail or CPG, going for that experience will rarely hurt you.

You can also diversify your functional experience rather than your industry experience. Meaning if you’ve only been a people partner or recruiter, try to become a different functional expert. Look into organizational design or compensation or learning. 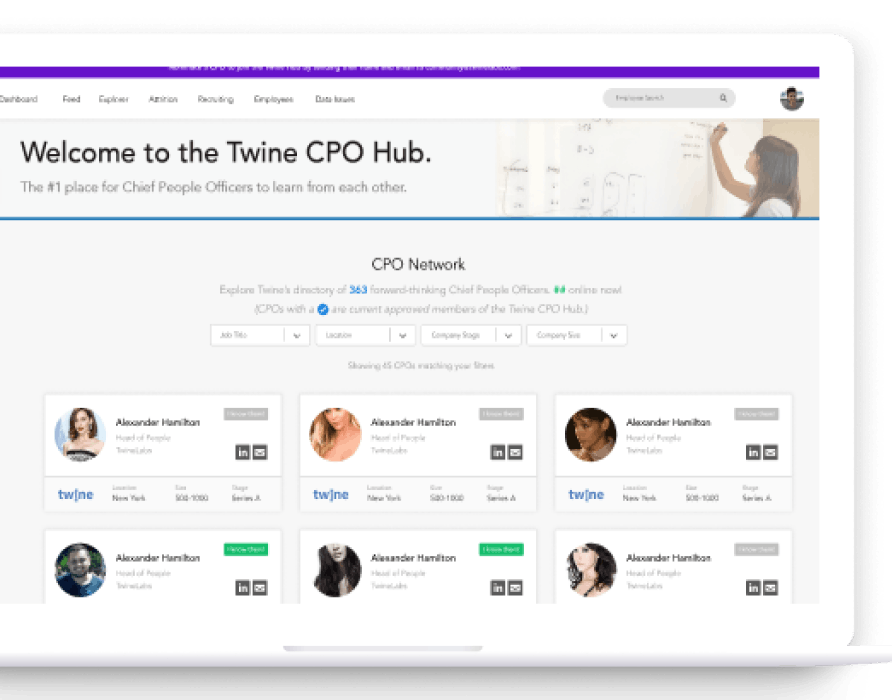 Like what you’re reading? Check out CPOHQ, the #1 place for Chief People Officers to learn from each other.

What was a failure that actually set you up for success later in life?

My first 6 months at Pinterest. I was really excited and had all these ideas from my previous companies that I wanted to try out.

But I didn’t do the foundational work, and that led to a lot of opportunity costs.

What’s the foundational work? Well, before you start any job, you need to find out what the underlying company needs are: What does your boss need? What’s the management team looking for? What are the company’s strategic goals? How does the People function  fit into those goals?

Get really clear on the top two or three themes coming out of the responses to those questions.

Even if they’re basic issues, hit those things first to build your credibility and actually solve a real problem to start your time off right.

The original initiatives I had in mind when I joined were useful, but they weren’t solving key problems in the business and that’s the exact wrong way to go about it.  I really learned that after that first time at Pinterest, and now I always make sure to ask these questions before getting started.

What book should every aspiring or current Chief People Officer read?

For me, it’d be the Leadership Pipeline by Ram Shriram & Larry Bossidy. The book is 30 years old at this point, but it still has the clearest articulation of the changes people experience as they work their way up the career ladder, from IC to manager to leader to CEO.

The key point of the book is to teach a leader the 6 major career levels in a typical company. And how she needs to shift where she spends her time and how far out she needs to look when she’s making decisions.

This is especially important nowadays with the number of emerging leaders in the tech space. You’ll find that most of them come from the traditional route of engineer to PM to founder, but doing that, you miss out on a lot of important steps in your development as a leader.

That’s where people leaders come in - they help their CEOs try to close those gaps through coaching, development experiences, or the direct reports they choose.

What are some books that shaped you the most?

Good to Great - There is certainly debate on the long-term impact of the companies that Jim Collins included in his case studies. But what I love about the book is that it teaches you to be maniacal on limiting your number of priorities and choosing the highest leverage work.

Lots of businesses spend too much time throwing random things at a wall with no focus or clear articulation of their strategy.

Instead, companies should always be trying to think about the 1-2 most important points of leverage and running with those. That’s what Good to Great preaches.

There are also a few authors I read consistently on the side. Marc Effron is great. He is very behavioral science-based in his thinking, but communicates extremely clearly in practical terms. That’s hard for most people geeks to do, I’ve found.  Performance Management and goal-setting are areas I’ve learned a lot about from Marc and his science and practical experience can cut through the ongoing fads we see in the industry.

I’ve also been a long-time fan of Malcolm Gladwell’s work. I listen and read everything from him. He does a great job teaching you how to understand human nature on a fundamental level, which is essential for people in the HR space.

Can you remember an epiphany, experience, or revelation you had at any point in your life, that changed the way you approached life or work?

It’s hard to be mindful of that bias in such a noisy, overcrowded, 24/7 news cycle these days.

I’m a firm believer that the whole world would be much better if we weren’t so quick to judge people and made more of an effort to understand them when we get a negative impression.

What is your advice for building a great relationship with your CEO?

A good place to start is to ask them - and yourself: What do they really need from you? What are their priorities? What are they concerned with?

Not every CEO will be able to answer these questions for you. You might have to do your own discovery and find out for yourself.

You can’t always expect your CEO to know what your needs are for your partnership right away.

Sometimes it helps to focus on some of the quick wins at first.

For example, Sundar (Sundar Pichai, CEO @ Google) hadn’t worked with a people leader like me in the past. He was exceptionally grounded, but he had never really used HR to its full potential in the past. I talked to him about what was working and what wasn’t working inside his organization. His needs were relatively tactical : (1) job offers took too long and (2) retention packages for key folks still needed to be developed.

So I focused on those first, then sprinkle in some of my own expertise in other areas, and then I earned more and more strategic work.

On the other hand, working for Ben (Ben Silbermann, CEO @ Pinterest), his key thing was always understanding the why.

That meant going beyond a conceptual explanation, but really understanding the goal of everything we do. We built a People strategy co-developed with Ben and his leadership team that identified the end state we wanted in areas like DEI, people management, and career development.  For example, when we made our new DEI approach, it was important that we could clearly articulate that we could tie a clear purpose to every outcome and initiative. It’s being intentional with not only the content, but the purpose.

What’s one area where you’re still trying to learn and grow?

I mentioned this earlier, but understanding business on a deeper level is so vital to success.

I’m still trying to do that everyday - become a better business person, a better operator.